Go to website
fabarm.fr
You are here :  Home > Choose your thermal night vision

Thermal vision allows hunters to see their game in complete darkness but also firefighters to detect fires, soldiers to spot enemies... But how does thermal vision work and how to choose a good thermal vision monocular?

What is thermal imaging?

Thermal imaging converts infrared radiation to gray value, then an image is generated by the difference in gray value of each object. It allows you to see the heat of an object without visible lighting. 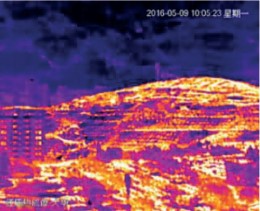 However, thermal imaging is different. Heat from an object radiates outward as infrared radiation and is captured by the thermal camera. Finally, a visible image is generated by the circuit processing. 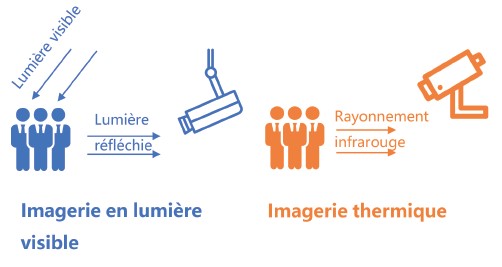 The composition of the thermal camera

Since the wavelength of IR (infrared radiation) is much longer than that of visible light, a larger pixel size is required to receive the corresponding energy. Therefore, in the general physical volume, the resolution of detectors is much lower than that of visible light detectors. Also, infrared detectors are divided into cooled and uncooled types, depending on whether the detector is equipped with a cooler or not. 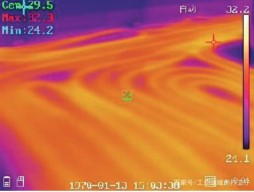 Through the glass window, we can see the scenery outside the window, because visible light can easily pass through the glass. But infrared cannot work. When infrared meets the glass, it is reflected like a mirror. If we hold a thermal camera to detect the glass directly, it will detect the reflected image of ourselves instead of the heat on the other side of the glass.

The same principle applies to other reflective materials, such as smooth metal surfaces.

Note : Infrared light cannot pass through ordinary silica glass. However, some metallic glasses, such as germanium glass, can transmit infrared well. In fact, most thermal camera lenses use germanium glass.

There are also some essential terms to understand the working principle and functional characteristics of thermal cameras, such as FOV, NETD, pseudo-color etc.

In this section, we will explain some important terms. 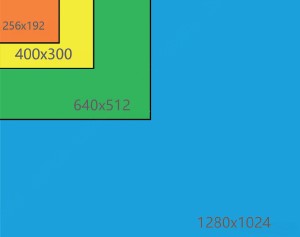 It is a measure of the ability of a thermal imaging detector to distinguish very small differences in thermal radiation in the image. NETD is usually expressed in milli-Kelvin (mK). The smaller the value, the higher the performance of the detector.

In order to measure the NETD of a detector, the camera must be aimed at a temperature-controlled blackbody. The image on the left shows a noisy thermal image that the camera produces by looking at a very uniform blackbody during measurement. The image on the right shows a histogram of all pixel values taken from multiple images over time. This is a temporal distribution of the noise at this temperature. The NETD value is the standard deviation of this histogram (STDEV) converted to mK.

We cannot see infrared light. Thermal cameras must convert detected infrared energy into images visible to the human eye, and use different colors to represent different temperatures. It is the pseudo-color. 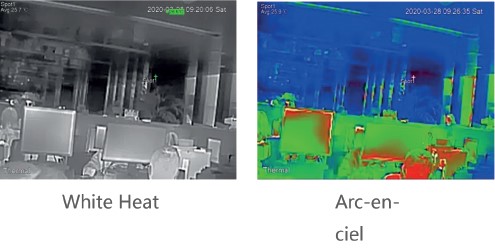 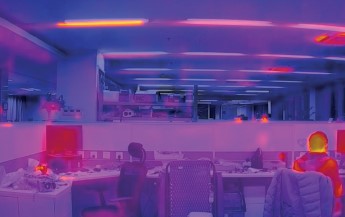 Flat field correction is also called shutter calibration. When the camera monitors a certain area for a long time, the image boundaries may display abnormally. In this case, the calibration of the shutter is useful. By closing the shutter baffle, the shutter provides a uniform temperature source to each pixel in the detection array.

During the calibration process, the camera updates the offset calibration coefficient to achieve a smoother image.

During this process, the thermal camera screen freezes for a short time. And at the same time it makes a "click", which is due to the lowering of the shutter.

When choosing a thermal camera, people often ask, "How far can the camera see?" This is a very important question, but also a difficult question to clarify. The distance at which the camera can see is closely related to the size of the observed object, the environment where the observation equipment is located and the subjective judgment of the observer. Therefore, we have to introduce a standard of judgment and calculation to answer this question, which is Johnson's criterion. Johnson's criterion defines the minimum equivalent fringe resolution of the target, which is based on a 50% discrimination probability for an observer, to determine the recognition capability of the infrared thermal camera on the target. The target equivalent fringe can be understood simply as the number of pixels occupied by the image formed on the detection of targets can be divided into 3 levels: 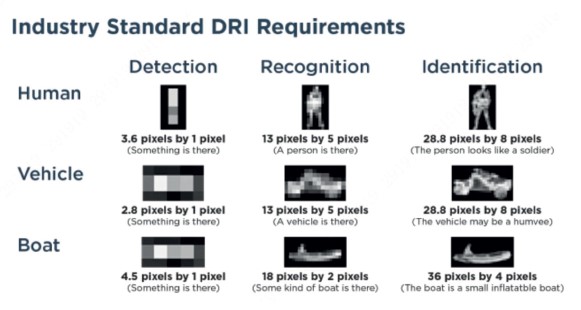 Outdoor enthusiasts, animal and plant experts in nature exploration, in search of wild animals, due to the density of plants in the field, and animals that have a greater ability of mimicry concealment, alone with the naked eye or telescope visible light is difficult to find the animals. A thermal camera can easily identify a hidden animal by perceiving the difference between the animal's body temperature and the ambient temperature.

With an industry-leading 12μm Vox sensor and a maximum resolution of 640*512, the Dahua M-series monocular achieves perfect display of target detail in any weather condition.

M series monocular adopts ergonomic structure, with proper hand feeling. It meets the IP67 rating, passes the 2 meter drop test, and can follow you in any environment. 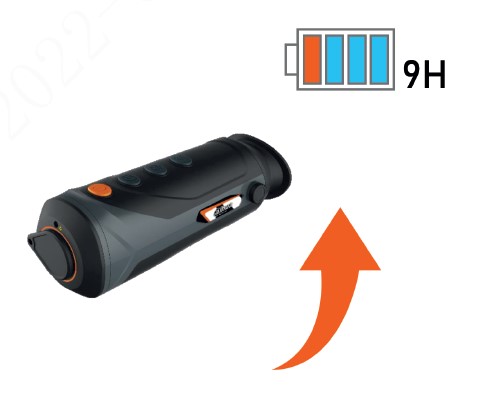 The M Series supports up to 9 hours of battery life*, and supports USB cable power, to ensure that you're in the field, it can always be available.

The M-series monocular offers a choice of four color palettes to meet your observation needs for different scenarios. 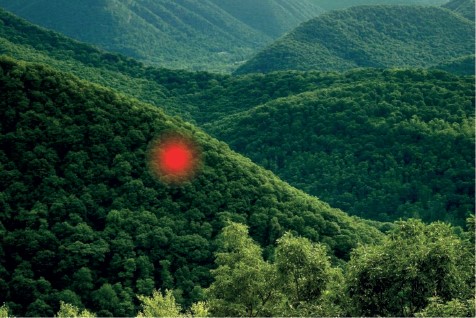 As a thermal camera, the M-series also offers automatic fire detection. Forest management staff can use it to carry out inspections, to detect fires early and organize staff to deal with them in time. It supports fire detection up to 1 km (fire size: 2m*2m). 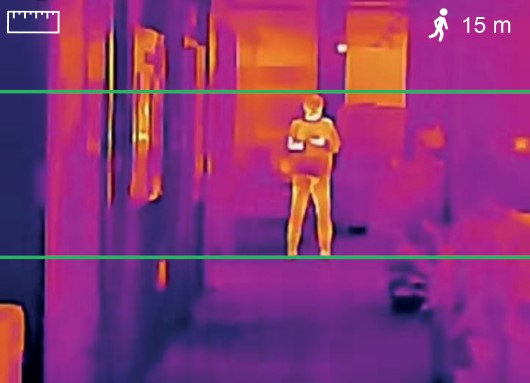 The target type can be wolf, human, rabbit or custom.